While there are plenty of bad tumors/cancers to have this one is probably the worst and is the last of what I consider the big, bad, three (lymphoma, osteosarcoma, and hemangiosarcoma).

Hemangiosarcoma (HSA) is a malignant tumor of blood vessel cells.  This means two things.  First-it can arise from almost any organ because most organs, of course, have blood vessels.  Second-it is traditionally very quick to metastasize because obviously, it's already near the blood stream-one of the portals for spread of tumor cells.

That said the three most common places for a pet to develop HSA is the spleen (28-50%), the right atrium (a chamber of the heart), and the subcutaneous tissue (under the skin).  There is also a dermal (skin) form but it can commonly be cured with surgery alone as only 1/3 of these ever spread internally. Dermal HSA is most common in Whippets, Salukis, Bloodhounds, and English pointers.  Breeds predisposed to more traditional forms of HSA include German Shepherds, Golden Retrievers and Portuguese Water dogs..  I don't know if there are statistics on this but in my experience I don't remember ever seeing this in a small breed dog-most seem to be medium to large dogs.  HSA accounts for 5-7% of all tumors in dogs.

HSA of subcutaneous tissue has a 60% metastatic rate.  Radiographs of the chest, and ultrasound of the heart and abdomen are recommended to check for metastatic disease.  Although prognosis is better if none are found, chemo is still recommended due to the aggressive nature.  Surgery alone is associated with an average survival rate of 6 months.

Heart-based HSA often goes undetected until it ruptures and bleeds and can cause sudden collapse.  At this point the pericardium-the sac surrounding the heart must be drained of the excess fluid.  63% of cardiac HSA have evidence of metastasis at the time of diagnosis.  Survival time for surgery alone is approximately 4 months while survival with chemo is only slightly longer.

Splenic is the most classic form of HSA and can present in a number of ways. An enlarged spleen may be an incidental finding on routine exam, the dog may present as feeling sick as the enlarged organ may be pressing on stomach, diaphragm or intestines, the dog may be lethargic and weak because the tumor in slowly bleeding causing an anemia, or the dog may have suddenly collapsed due to an acute rupture and bleed of the tumor.  Depending on the situation and the owner's goals or finances additional diagnostics may be performed prior to surgery to help determine if this is a benign mass or a HSA.  For the purpose of this post we will assume we talking only about HSA.  An estimated 25% of dogs with splenic HSA also have cardiac HSA and most have some form of metastatic disease at the time of diagnosis.  Survival times for splenectomy alone (removal of the spleen) is19-86 days with a 1 year survival rate of only 6%.  With chemo survival times can increase to 6-9 months.

Clearly this is a terrible disease that warrants a lot of thought about whether or not treatment should be attempted and how aggressive you want to be.  There is not a right or wrong answer but instead it should be tailored to what is right for each individual pet and family.

Additional research about cause, early detection and more successful treatment options are going on as we speak.  Maybe someday we can take this one of the "bad" list.

Cats
This is not a common disease of cats but certainly can occur.  There are four forms-dermal, subcutaneous, visceral (involving internal organs), and oral.  Dermal and subcutaneous are the most common and are dermal is usually cured with surgery, whereas subcutaneous may have a 60% recurrence rate after surgery.  The visceral form accounts for 30% and is the most aggressive, frequently warranting euthanasia at the time of diagnosis.   Chemo protocols are available for cats but there are very little statistics regarding their usefulness.  I have only diagnosed HSA once in a cat.  It was on the tongue-an incidental finding during a dental cleaning.  We removed it and as far as I know the cat never had any additional problems.  Radiographs were clear of metastatic disease at that time.

Many of my fellow PWD owners have faced this as it's relatively common in the breed. In most cases that I'm aware of, by the time the animal showed any signs and was diagnosed, it was pretty much over. Many lasted only hours or a day at most.

It's always in the back of my mind when something happens.

This is one of those scary diseases, for sure. And, it is part of the swaying argument (to me, at least) for responsible pet owners (not just average joe dog owner) to wait on or not spay/neuter. From Dr. Zink: "A retrospective study of cardiac tumors in dogs showed that there was a 5 times greater risk of hemangiosarcoma, one of the three most common cancers in dogs, in spayed bitches than intact bitches and a 2.4 times greater risk of hemangiosarcoma in neutered dogs as compared to intact males."

Would you think people involved in sports with their dogs would notice symptoms earlier, and hence, have a better chance of successful treatment? My experience is that sporting dog homes pay a lot more attention to their dogs on a daily basis and would be way more likely to notice something like lethargy.

I think there are a lot of flaws in retrospective studies-too many variables not accounted for. Plus percentages don't mean much without actual numbers. I'm not very swayed by the studies at this point.

I'm not sure if would be noticed early enough to matter, even if it was earlier than the average pet owner would notice. Dogs and cats are great at hiding disease until they are really sick. My own cat had a mass/cyst in her liver that got huge before I ever knew it. And she sleeps on me every night.

We lost our Lab/Pit mix to hemangiosarcoma. By the time it was diagnosed, it was pretty far along. Considering this was a dog who though getting his nails clipped was a punishement, we decided not to go the surgery/chemo route. We had one week from diagnosis until we started hearing fluid in his lungs and knew it was time.
For us, the worst part was that shortly before he started showing symptoms, he'd had blood work done for a bad back. That came back with everything good. So it didn't occur to us it was cancer. We thought it might be his food (and switching food did seem to help). When he was diagnosed, we asked the vet why the earlier blood work didn't catch it and were told, well, if we're not looking for it, we don't see it.
I honestly don't know if things would have been different if he'd been diagnosed sooner, or if we would have just spent more time knowing we were losing him.

Unfortunately most cancers don't show up (at least not definitively) on routing blood tests. So it would not be surprising that your dog had normal results. 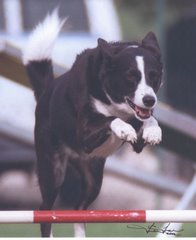 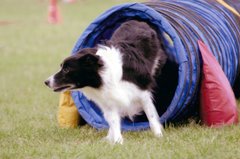 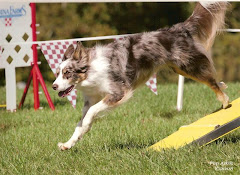 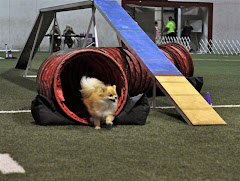 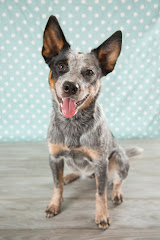 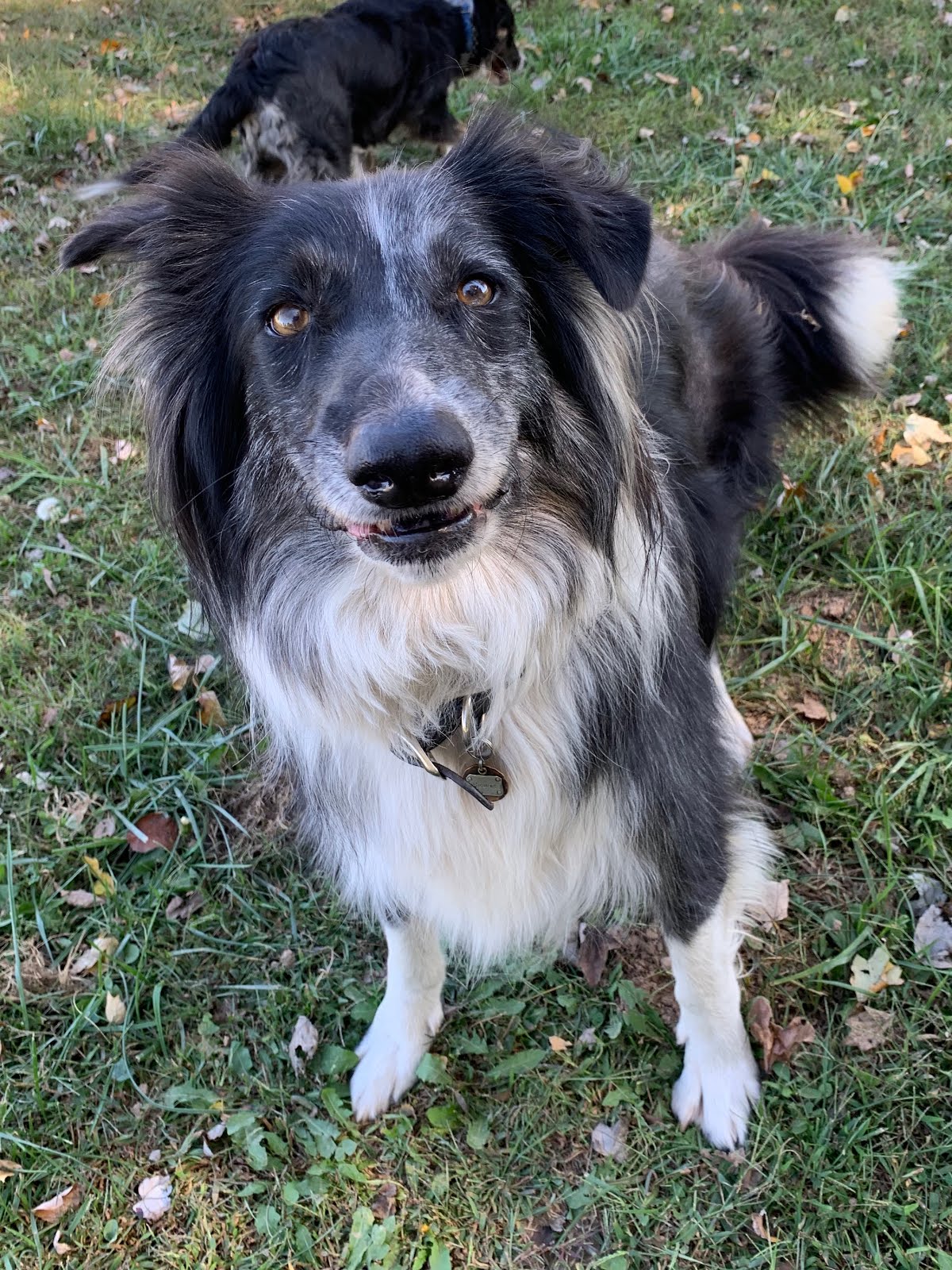 Nicki
I'm a small animal veterinarian who spends most of my free time doing dog agility or other dog sports. 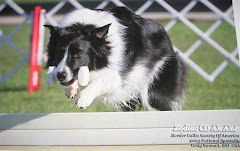 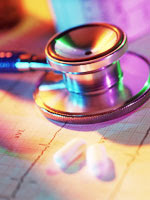 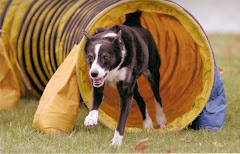 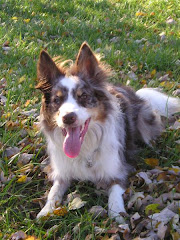 Just like that
you're six years old
and you take a nap
and you wake up
and you're twenty-five
and your high school sweetheart
becomes your wife...

Ain't no rhyme or reason
No complicated meaning
Ain't no need to over think it
Let go laughing
Life don't go
quite like you planned it
We try so hard to understand it
The irrefutable, indisputable fact is...
It happens